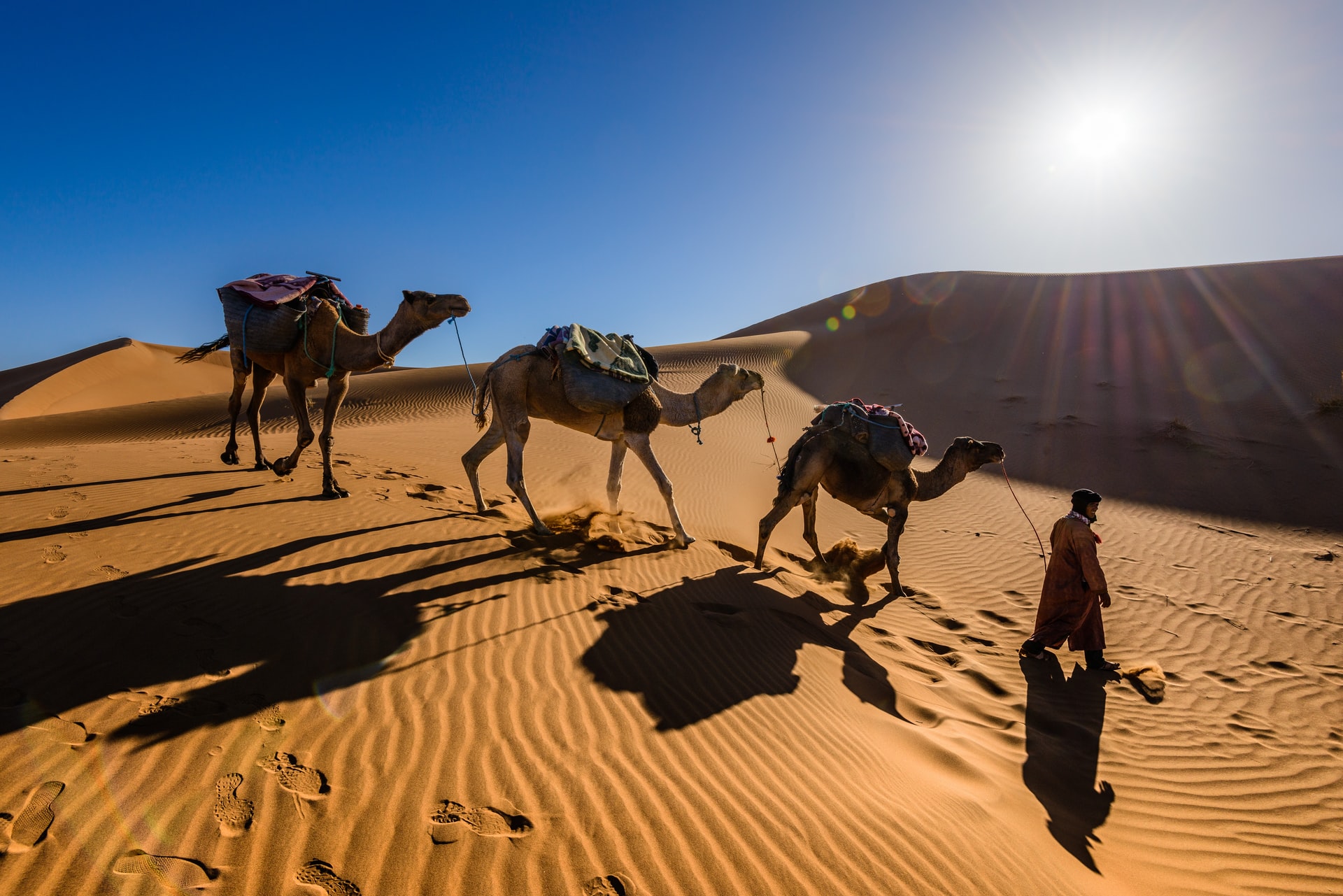 This post is inspired by the book “The Richest Man in Babylon“, which is one of my favorite personal books and an all-time classic. This is the story of Dabasir.

In this book, you would find a story of a camel trader named Dabasir. Dabasir was an irresponsible youth. He spent money on the many luxuries of life. He was married and took a lot of debt to fulfill his desires. However, his income was not enough to maintain his lifestyle and he soon fell into a debt trap. His wife left him and returned to her father’s house. Debt collectors started pestering him. Dabasir started cursing his luck and considered himself unfortunate. Then, once day, he fled his city of Babylon to escape from debtors, many of whom were his friends.

He soon became a member of a group of gangsters. They waited in the desert to attack unsuspecting travelers. The first Dabasir did this, he was very successful and they enjoyed the riches of their loot for many days. However, they were not so lucky the second time and were caught by the King’s men and sold as slaves.

Dabasir was sold to a trader who had many wives. The trader did not love his eldest wife and married her only for the dowry. Dabasir was assigned to this wife. The wife noted that though Dabasir was a slave, his manners were not of a slave and he did not mingle with the rest of them. The lady asked about Dabasir’s history and slowly began to sympathize with him. One day, she challenged Dabasir to man up to his past and arrange for him to run away if he was ready to take the risk. Dabasir thanked his mistress and took on the challenge. He somehow managed to cross the torrid desert and somehow reached his hometown in Babylon. He met with his old friend Maithon, the gold lender. Maithon was pleased to see his friend (though Dabasir owed him too) and offered to help him make a plan using which he can pay off his loans and truly be a free man again.

Maithon arranged a job for Dabasir with a camel trader as Dabasir was an expert on Camels. He then gave Dabasir, the following plan – “One-tenth of all I earn is mine to keep”. Dabasir asked Maithon – “Isn’t all I earn is mine to keep?” Maithon said that nothing could be farther from the truth. “Don’t you pay for your food, housing and clothes? Don’t you pay a part of your income as King’s taxes?” Dabasir understood and asked what else he must do to get out of debt. Maithon said, keep one-tenth of your income to yourself and with seven-tenths, run your household expenses. Use two-tenths to pay down down your debts.

Dabasir implemented this plan very religiously and after the first month, he had 4 pieces of silver to himself to keep. He paid 8 pieces to silver to his debtors. His wife returned to him. After each passing, the purse was increasing full as he kept one-tenth of all money he earned for himself. At the same time, his debt was reducing. After some years, he was able to fully repay his debts and at the same time, his heart was content that he had money in his purse and people started respected him in the society and lenders said that he was welcome if he needed any gold. However, Dabasir wealth grew even more rapidly as now gold was multiplying rapidly as he earned interest on the extra gold he invested wisely. He ended up as a very rich man.

Did you like this story? What do you learn from this story? Please let me know via your comments!

How important is PPF as an Investment?