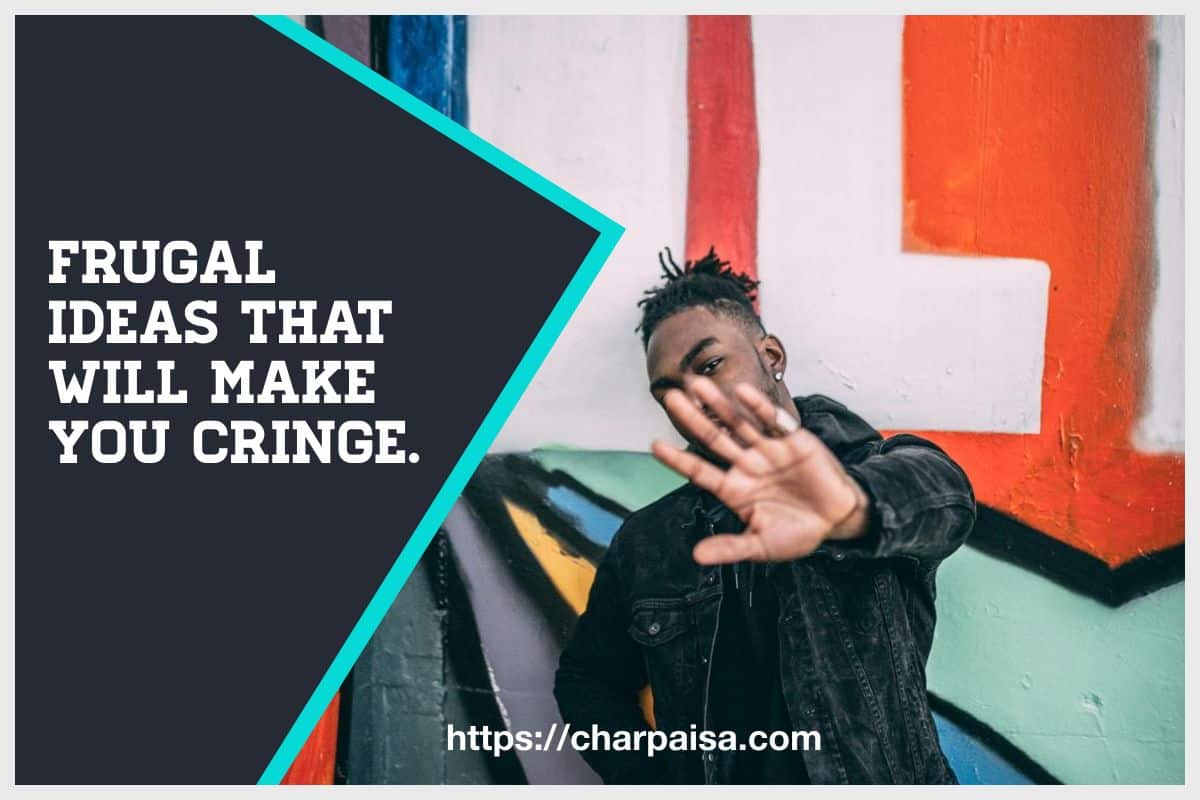 Finding ways to save money can go too far, though. In a recent newsletter on how to save money, one contributor suggested getting free flowers for weddings by picking up the leftover flowers at a cemetery. She didn’t say how you can tell which are “leftovers.”

I thought I was cheap! The following are gleaned from real suggestions on ways to save money sent in to “frugality” websites and newsletters. Some cheapskates don’t seem to notice that an extra hour at work might put them further ahead than many hours of penny-pinching.

Ways To Save Money – Don’t Try These At Home

A mother confessed that she makes her kids stuff their pockets with the free ketchup, salt, and other condiment packets every time they were in a fast-food restaurant. Oh, if only that were all, but no. She has the kids squeeze the contents of the packets into regular jars of ketchup and mustard too. She says she hasn’t bought these condiments in years. Pride is found in strange places.

One creative penny pincher found a way to save money on car washes. He washes his entire car using the squeegee at the gas station. Hmm… I wonder if he takes the toilet paper rolls home from their restrooms too.

Would you like a free umbrella? One man suggests getting one at the lost and found department of any large public library. You just tell them you lost a black umbrella. They will almost certainly have several, from which you can pick the best one and claim it as your own. What if they have no black umbrellas? I guess we’ll have to wait for this guy to publish a “lost umbrella color frequency chart,” in order to know which color to try for the next day.

Several contributors to these newsletters know how to save on their long-distance phone bills. The most common suggestion is to call people long-distance when you know they won’t be home and leave a message for them. Then they pay for it when they return your call. I suppose if your timing is off, and they answer when you call, you can quickly hang up on them and try again later.

I don’t recommend any of these as ways to even the most frugal person. Apart from the ethical issues with some of them, they can be lumped in along with washing and re-using plastic wrap – a time-wasting frugality. On the other hand, they are fun to read, and I suppose we could view such measures as cheap entertainment as well. Perhaps you can turn off the lights to save money on electricity and tell the kids it’s a game of hide-and-seek, or train your dog to beg from the neighbors so you don’t have to feed him.

I wonder how many people actually pay for magazines and newsletters that tell us ways to save money? Do these magazines advise that readers go to the library to read them, or stand reading them in the aisle at the bookstore for an hour? Those are some sure ways to save money.

What are some ways to save money ideas that make you cringe? Let me know in the comments.

Should You actually defer EMI payments during lockdown?

Should You actually defer EMI payments during lockdown?