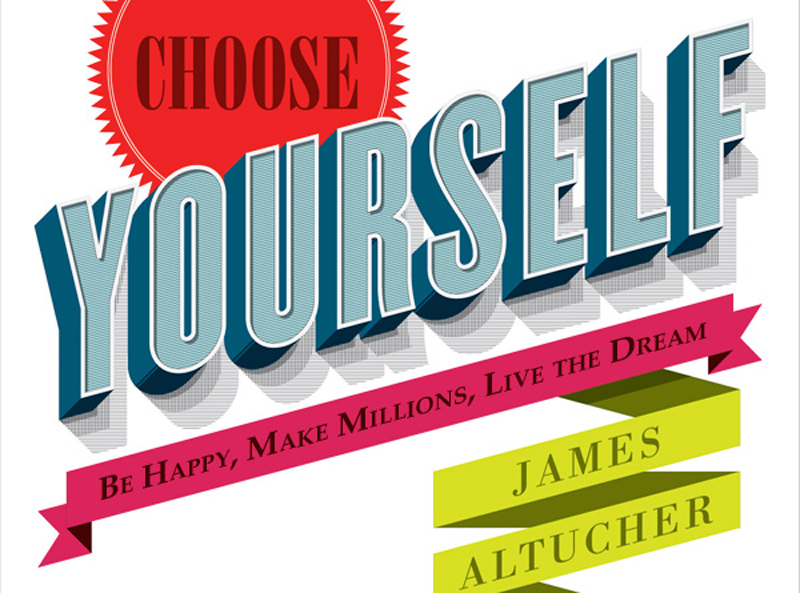 Ok, I came across this book and the Title piqued my interest. Choose Yourself? Don’t I do that already? Turns out – not that often. read on!

I researched a bit about James Altucher. A serial entrepreneur, idea machine and kind of odd. Why odd? Because unlike the rest of us, he believes in his ideas and executes them for a profit.

Let us get down to the book review itself. He starts with the idea that current economic conditions require us to choose ourselves as the era of a permanent job has long gone and we must adapt soon. Examining this in the Indian context, where the government jobs are still “secure”. However, I feel that this has already changed. Govt. now has no obligation to pay pension, National Pension Scheme will pay us using our own money. Visit any government department and they have a lot of contract workers. Armies of them. Government has realized that this does two key things:

1. Keep costs and liabilities low
2. Keeps the controversies away.

When you don’t need them, just fire them. Somebody objects to them, rationalize or else fire them. Point being that permanency is just an illusion now. I totally agree with James here.

He then moves on to control. He says that we should not allow one person to control our lives. It can be a key client whose one decision will greatly affect our lives. In personal finance, we say this as “Do not depend on one income source”

James introduces us to the concept of something he calls “Daily Practice”, wherein he outlines some really good ideas such as Sleeping for 6 -8 hours, Deep Breathing, Exercising and asks the reader to do at least one daily. In my opinion, we should do most of them.

Being grateful for all the good things we have in life is his way of dealing with a crisis, along with consulting a doctor and acknowledging that there is a problem. Once he has build up the interest in the book, he really tells us what he wants to tell us. Build your business, give great customer service, start generating a steady revenue and then sell the business for at least a million dollars! My takeaway is that he is asking us for creating value by solving problems and making money in the process.

I so far like what I have read. He tries to portray that this is not a typical self help book and is more action oriented. It is a self help book, but one that actually talks about what you can do now? Do give this one a read!